“Conspiracy theory-endorsing Rep. Lauren Boebert (R-Colo.) was told on Twitter to “try again” after she delivered her latest bad take in a series of bad takes. After a man armed with a bow and arrows killed five people in Norway on Wednesday, Boebert tried to spin the mass killing into an attack on calls for gun law reform in the United States.”*

This women needs to be removed from Colorado 3rd District as your Representative. 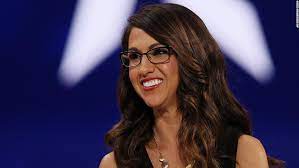