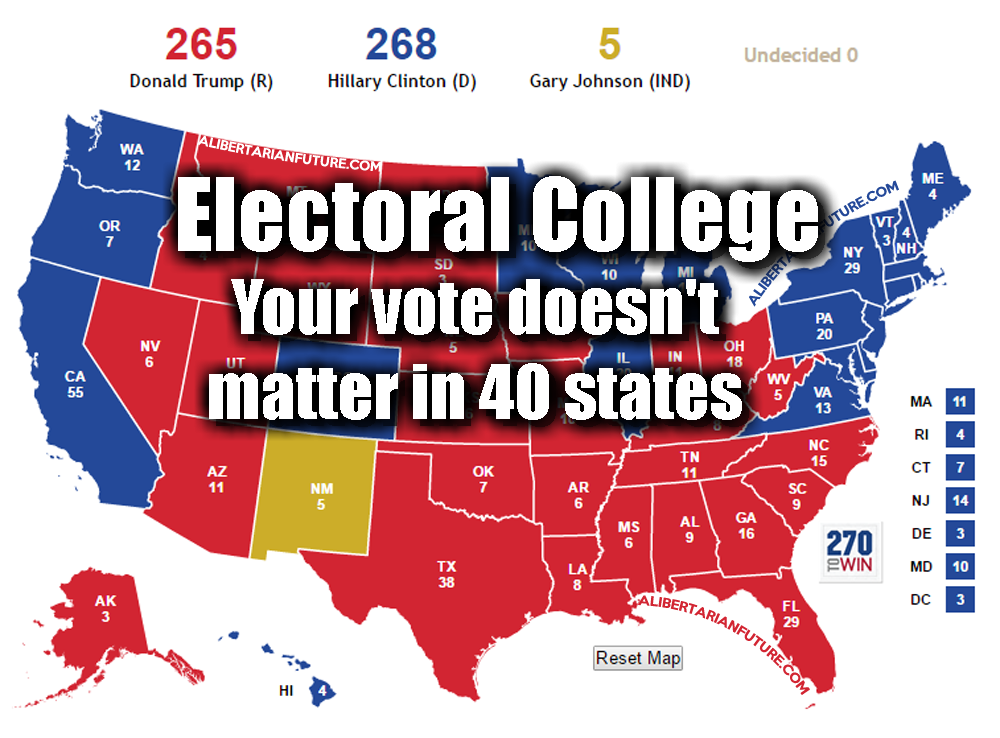 The Electoral College has become a disaster and needs to be removed from the elections.

What is the Electoral College?

What is the process?

How many electors are there? How are they distributed among the States?

The Electoral College consists of 538 electors. A majority of 270 electoral votes is required to elect the President. Your State has the same number of electors as it does Members in its Congressional delegation: one for each Member in the House of Representatives plus two Senators. Read more about the allocation of electoral votes.

How are my electors chosen? What are their qualifications? How do they decide who to vote for?

Each candidate running for President in your State has his or her own group of electors (known as a slate). The slates are generally chosen by the candidate’s political party in your State, but State laws vary on how the electors are selected and what their responsibilities are. Read more about the qualifications of the electors and restrictions on who the electors may vote for.