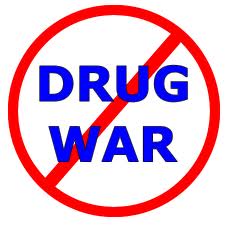 If your Representative opposes the Legalizing of Marijuana then its time to remove your representative for one of two reasons and that is 1) he/she is too old to be in office and 2) he/she is corrupt.

The Controlled Substances Act of 1970

CONTROLLING DRUGS OR OTHER SUBSTANCES THROUGH FORMAL SCHEDULING

The CSA also provides a mechanism for substances to be controlled (added to or transferred between schedules) or decontrolled (removed from control). The procedure for these actions is found in Section 201 of the Act (21U.S.C. §811).
Proceedings to add, delete, or change the schedule of a drug or other substance may be initiated by the Drug Enforcement Administration (DEA), the Department of Health and Human Services (HHS), or by petition from any interested party, including:

(1) Its actual or relative potential for abuse.
(2) Scientific evidence of its pharmacological effect, if known.
(3) The state of current scientific knowledge regarding the drug or other substance.
(4) Its history and current pattern of abuse.
(5) The scope, duration, and significance of abuse.
(6) What, if any, risk there is to the public health.
(7) Its psychic or physiological dependence liability.
(8) Whether the substance is an immediate precursor of a substance already controlled under this sub-chapter.