The Constitution is only as good as the people behind it and since 2008 when Obama was elected the Constitution has been torn to threads by the Corporate, Mainstream Media, Republican Party, Donald Trump, America Terrorist Groups and Mitch McConnell.

One of the main reasons why countries have constitutions is to encourage democracy. A good constitution will lay down the rules and regulations for how a country functions and how it can be governed properly, which helps to ensure that each citizen gets a say in the way things are run. 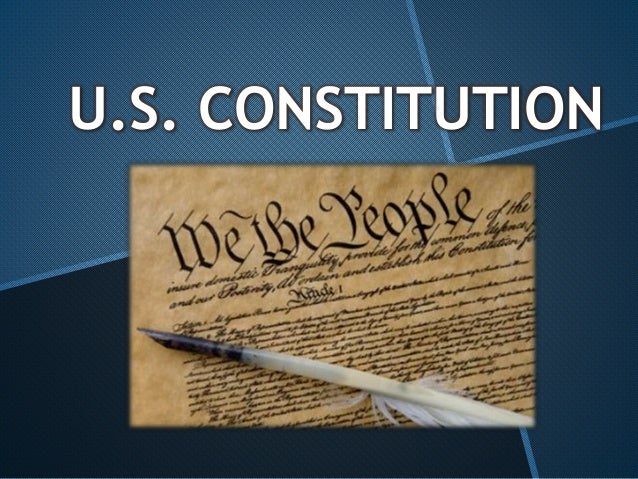 15 Benefits Of Constitution For Country

In any country, the constitution is the basic legal document that regulates how a particular state or nation should function. In modern days, it is regarded as the most important law in every country because without following the rules and regulations laid down in this document, no state can be termed as a working democratic state.

This article will discuss fifteen reasons why the importance of the constitution cannot be ignored in any country.

A country’s constitution is like a master plan for governing any nation. It also decides the extent of power that should be vested in different branches of government, and how these branches should go about exercising their constitutional powers.

The rights bestowed upon citizens by the constitution are inalienable, which means they cannot be taken away by the government, even if it is done through lawful means.

A country’s constitution helps define its identity both at home and overseas, as it lays down the groundwork for the laws that are to govern the day-to-day lives of citizens. Any nation has a set of core values that it adheres to, according to which its people live their daily lives.

All these values are enshrined in the constitution, which is why it is so important for a country.

As mentioned before, any constitution lays down certain rights that cannot be taken away by the government under any circumstances. These include things like liberty, property, and equality which is what human rights are all about.

A country’s constitution is the first and foremost document that guarantees these rights to citizens, and this is why it is so important.

4. Constitution Prevents The Abuse Of Power

No government is perfect, and there will always be a few corrupt individuals who will try to abuse their power for personal gain. However, a constitution is designed to keep these individuals in check and prevent them from amassing too much power.

If a government ever tries to go against the spirit of the constitution, it can be removed through an amendment mechanism built into this very document.

5. Constitution Provides Clear Rules For A Government To Follow

As discussed before, a country’s constitution is like a master plan for any government. Thus, the rules and regulations governing how it should function are clearly defined in this document. This means that all processes within government are streamlined so that things run smoothly without the need for more laws to be made now and then.

6. Constitution Prevents A Government From Becoming A Dictatorship

A key benefit of having a constitution is that it prevents a government from becoming a dictatorship. All too often, we see countries where the government has complete control over the lives of citizens, and they can do whatever they want without any opposition.

However, if a country has a strong and well-defined constitution, it becomes very difficult for the government to become a dictatorship.

7. A Country’s Constitution Protects It From Outside Threats

Governments are sometimes compelled to go to war with other countries for various reasons, most of which are not in the best interests of their people. This is why every country must have a strict and tested constitution before it engages in such conflicts.

Without a constitution, there would be no limitations on how far a country can go to pursue its interests, even if it means doing something completely immoral and illegal.

8. Constitution allows Countries To Play Their Part On The World Stage

A well-functioning government is one of the key ingredients for a stable society. However, for a government to be effective, it needs to have a set of rules and regulations to follow, and this is where the constitution comes in.

By having a constitution, a government knows exactly what it is allowed to do and what is off-limits, which in turn helps to maintain stability within the country.

One of the main reasons why countries have constitutions is to encourage democracy. A good constitution will lay down the rules and regulations for how a country functions and how it can be governed properly, which helps to ensure that each citizen gets a say in the way things are run.

By encouraging democracy, there is less room for corruption and those who seek power for their gain because those with a voice will always oppose them.

Another key reason why countries have constitutions is to provide a framework for nation-building. No country can become an advanced civilization if there are no rules in place that help it achieve the necessary milestones.

This document helps set and achieve these goals and makes it possible to progress without too much interference from those who seek power through corruption and illegal means.

One of the best ways to keep a society stable is through having a constitution in place, which helps to prevent any civil unrest from breaking out. A good constitution keeps everyone on the same page and defines the rules and regulations for how things should be run, which in turn minimizes the chances of any conflict breaking out.

13. Constitution Provides Structure To A Country

For a country to be successful, it is important to have a well-defined structure that everyone follows. This includes having a constitution in place that sets out the rules and regulations for how the country should be run.

By having this kind of structure in place, it is easier for people to work together because there are no loopholes or grey areas to take advantage of.

15. Constitution Gives A Country Hope For The Future

It is important for any government to think about the future and what direction it should take to achieve progress. Without a constitution, this would be impossible because the government wouldn’t have any focus or direction, and it would only make decisions based on what is best for the people in the present moment.

With a well-defined constitution, however, this is not an issue, as certain milestones need to be reached over time for the country to progress.

A constitution can be a great tool for any country, as it helps to create stability, encourage democracy and nation-building, prevent civil unrest, give structure to the country, ensure that future generations are given the same rights as the current generation, and provide hope for the future.

This is why it is important for all countries to have this kind of document in place, and why it is such an important part of any nation’s development.

More on the Constitution